zzak, this is us

By letsdothis,
January 13, 2018 in Frustrations / Anger Board 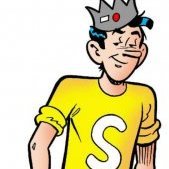 Forgive my misunderstanding but I am always very protective here. I dislike conflict on a level at which you must be called names. It is a "label" and is despicable. It's not worthy of listening to.

thank u zzakary for ur kind words n ur support i really appreciate it!...thank you Stncld316 forum Admin for removing the ban n allowing me to be reinstated

thank u StnCld316 for removing the ban