Don't know what you're doing 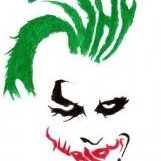 By WhySoSerious?,
November 10, 2019 in Frustrations / Anger Board