Let me tell you a story, are you sitting comfortably ? Then I shall begin. Once upon a time I met a gorgeous girl. She is lovely,very good looking, a raven haired beauty.Fantastic figure,legs to die 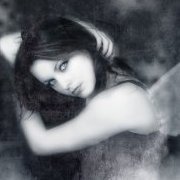 Her boobs go with the rest of her over the top and fake.